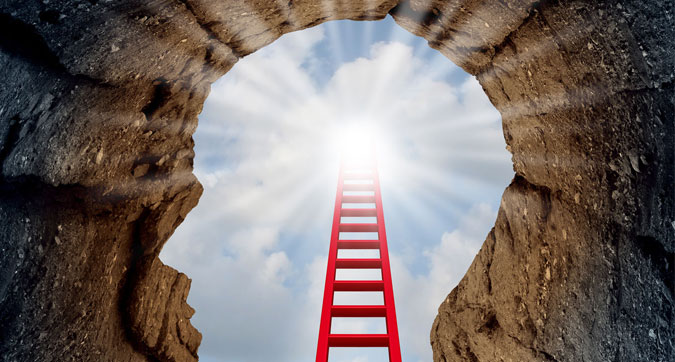 There are many references to “mind” throughout A Course in Miracles. “All mind is whole, Only mind can create” and “This is a Course in mind training,” are just a few phrases that come mind (no pun intended) in this moment. ACIM goes so far as to make a distinction between mind with lower case “m” and capitol “M.” Mind is also used in other spiritual teachings and theologies. For example we’ve heard the phrase mindfulness and Buddha mind or emptying the mind. Mind is arguably an important symbol to awakening, but what IS mind in its greatest sense?

The answer to the question is important. It’s significant because the answer, which is understood through experiential understanding, signals a huge step in the awakening process. It is an advancement from the thought of mind being an object, into the experience that it is everything.

When we first start our ascent into spiritual discovery, whether its ACIM or any other form Love’s teaching, the mind is thought of or seen as a “something.” In all likelihood, it’s thought of as the brain. This belief infers the mind’s location to be within the physical body, typically in the head. It is personalized as MY mind. The premise is that we all have a mind, separate from one another. Most spiritual seekers take on the task of developing its strength. For example we conceptualize clearing it out, directing and/or training it in the name of spirituality (e.g. meditation and ACIM). And from one perspective this all true, very helpful and arguably part of the “process” TO Spiritual Awakening…and helpful BECAUSE of its purpose.

However, it is a starting point, a rung on the latter and not an end. Recognizing the effects of what we hold in mind as true, we begin to question what’s surfacing in the mind. We quickly learn that thoughts of hate and anger have painful qualities and place us in unfavorable experiences. Recognizing what’s in the mind, that isn’t helpful, gives us a chance to take responsibility and question or redirect our thinking…bringing about a different experience. This new experience, aka a miracle, becomes a testament to the power OF mind. And although there is an appearance of personalization through this process, it isn’t personal, but instead part of a larger unfolding or happening. Just as evolution isn’t personal to the animals that evolve through it.

“Only by assigning to the mind the properties of the body does separation seem to be possible. And it is mind that seems to be fragmented and private and alone.” – A Course in Miracles 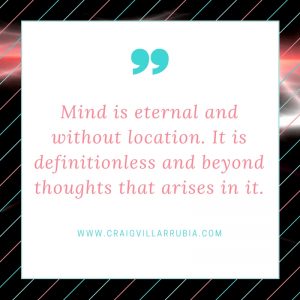 From a deeper perspective, we eventually discover that the mind is not an object. It isn’t separate, nor is it private. The belief that it is, is a belief IN separation. The thought stream follows of a cadence of “I’m the ego, this is my mind and my thoughts”…but WHO is the me that appears to own the mind and its thoughts?…the separate self?

The idea of self as a person is a concept, another thought in a sea of thoughts that arise in mind. The aim of undoing our conditioning is an aim in undoing the idea of “me” as a person with a separate existence from the whole.

“All mind is whole, and the belief that part of it is physical, or not mind, is a fragmented or sick interpretation.” – A Course in Miracles

ACIM teaches that “Minds are joined.” Mind has a quality of wholeness. It is an activating agent that dreams up the Universe and the people in it. There aren’t multiple minds but rather ONE impersonal mind dreaming up the many. This is huge when it’s recognized. It is finally seen that not only is the world a projection, but this body that perceives a world is too a projection. The small self that was assumed to be me is a passing thought or idea in the ONE mind. What I am isn’t the thought, but instead what gives rise TO the thought.

“Mind cannot be made physical, but it can be made manifest THROUGH the physical if it uses the body to go beyond itself.” – A Course in Miracles

Much of A Course in Miracles’ training aims at exposing the impersonal quality of thoughts, their equally illusive nature and false premise, including the thoughts of a separate me and the perceived identification with the body. To make the mind “manifest through the physical” is to use mind training, and the perceived separate mind, as a means to discover that mind is everything. This is what the practice of forgiveness and exposing hidden beliefs, secrets, and perceived transgressions is about. When we dare to look at and investigate our deepest fear thoughts we recognize they are nothing and ultimately unimportant. What IS important is that which is capable of witnessing the thoughts…that which is unaltered regardless of fear and the mind’s perception. When we habituate the ability to watch without judgement (forgive) we eventually recognize there is no need to resist or fear anything.

In Reality one shared mind is host to everything, all objects, sensations, ideas and all that can be perceived. The entire cosmos arise in a joined mind.

Mind is causal, eternal and without location. It is definitionless and beyond the thoughts that arise in it. It can’t be understood intellectually. The “thinker” that try’s to understand or conceptualize it IS a by product of the mind that thought his or her personhood into existence. In other words, the world and all its contents (including the idea of ourself) is dreamt up in the one mind. Mind is everything, everywhere, and everlasting…synonyms with the Christ, Spirit, Source or God.