Miracle Workers from the Documentary

in order of appearance 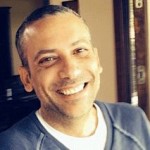 Craig Villarrubia is a student and teacher of A Course In Miracles. After a many years of seeking for fulfillment in worldly pursuits, Craig has realized that fulfillment can only be found in Truth. It would be the teachings of the A Course In Miracles, more importantly the application of its principles, that would lead to a revelatory experience of love. He is devoted to awakening and sharing its joy. He serves on the board of directors for the non-profit MiracleShare.org. Desiring only to extend Love’s message, Craig also blogs and tweets about Self-discovery and the application of spiritual teachings taught in ACIM.

walking steadily toward Truth ever since. As a student and teacher of the Course, Tom is learning to teach and teaching to learn. In 2012, Craig asked him to assist in the filming of the documentary, A Course in Miracles, Enlightenment or Bust!, and Tom immediately joined in the purpose. He also joined Craig in the move to Hawaii and the establishment of The Center for the Waking Mind. Tom is continually deepening his practice and has one goal to extend the Truth of who we are. 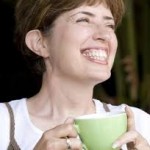 Carrie Triffet is the author of the award-winning book Long Time No See – Diaries of an Unlikely Messenger, which contains The Crash Course, a popular synopsis of A Course in Miracles. Her most recent book, Tastes Like God examines the big questions of existence, as viewed through the very pertinent lens of food. She is also the author of The Enlightenment Project. Now and then she teaches hands-on workshops internationally on the topic of spiritual freedom. 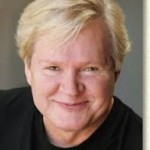 Gary R. Renard underwent a powerful spiritual awakening in the early 1990s. As instructed by two ascended masters who appeared to him in the flesh, he wrote his first best-selling book, The Disappearance of the Universe, over a period of nine years. He was later guided to speak in public and has recently been described as one of the most interesting and courageous spiritual speakers in the world. Gary’s second book,Your Immortal Reality, was also a best-seller. Over the past five years, Gary has spoken in 41 states, 13 countries, and was the keynote speaker at the International A Course in Miracles Conferences in Salt Lake City and San Francisco. He is also the most recent recipient of the Infinity Foundation Spirit Award. The award is given to a person who has made a meaningful contribution to personal and spiritual growth. Past recipients include Dan Millman, Ram Dass, Gary Zukav, James Redfield and Neale Donald Walsch. 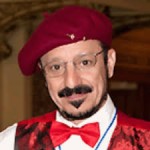 Rev. Tony Ponticello is the Executive Minister of the A Course In Miracles (ACIM) based church, Community Miracles Center (CMC) in San Francisco, CA, a position he has held since 1987. He speaks there frequently. He is the editor of the highly regarded paper publication Miracles Monthly which has been published continuously, monthly, since the March 1987 issue. Rev. Tony frequently writes for this periodical. He is the General Manager, through the CMC, of large, successful ACIM Conferences. The last one, “A Gift of Lilies” was held in Chicago in 2013, and a new one, “A Present Love” is now enrolling for New York City in 2015. He teachers several A Course In Miracles classes through the CMC, via telephone conference call. He is the web master for the CMC’s vast ACIM based web site, one the premiere ACIM web portals. He edits the CMC Ezine and manages the social media for the CMC. He is the author of the ACIM based book, After Enlightenment. 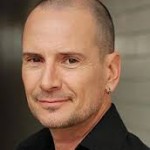 Jacob Glass is a spiritual teacher/coach/consultant and metaphysical author. He teaches regularly in Southern California and recordings of his weekly classes (available as a thank you gift for each $25 donation) are extremely popular and are sent all over the globe by CD or MP3. He has been teaching for over 30 years and lecturing on New Thought and esoteric spirituality full-time since 1990. He started the first Santa Barbara spiritual support group for people with AIDS and HIV in the early 90’s and was instrumental in founding their hospices as well as supporting many local charities. He has shared his stage with best-selling authors Debbie Ford, Marianne Williamson and Grammy winner Kenny Loggins, and has authored 6 books with more on the way. 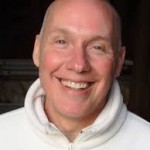 David began his journey to spiritual enlightenment in 1986 when he encountered A Course in Miracles and recognized it as the tool he had been seeking for a radical transformation of his mind and perceptions. In 1991 David impelled to make another leap of trust and to begin traveling around the US and Canada, sharing his clarity of understanding related to A Course in Miracles. He followed Jesus’ instructions to “become as a child,” allowing himself to be totally dependent on the Holy Spirit for money, transportation, shelter, food and the words to speak in countless ACIM gatherings, churches, metaphysical and spiritual groups and a host of holy encounters with persons who knew nothing of the Course. David travels the world shining the Light of God’s Love wherever there is a strong Invitation. David is a Mystic and ACIM teacher at Living Miracles. 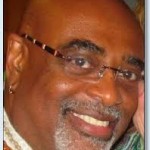 Earl “Raj” Purdy has been a New Thought teacher & A Course in Miracles facilitator for over 33 years, and a full time teacher of A Course in Miracles for over 27 years. Earl Purdy does workshops all over the United States and teaches internationally including England and Amsterdam, and has spoken at “Be The Love” weekend retreats with such well known teachers as Gary Renard several times. He was featured in ‘A Course in Miracles the Movie’ together with Marianne Williamson and Gary Renard, and Kenneth Wapnick. And Earl has a large internet teaching ministry. Earl was also a professional musician and loves to incorporate music in a fun, helpful and healing way in his talks,classes and workshops. Earl loves to teach with lots of humor and joy and aliveness in a spirit of total celebration of who we are!! 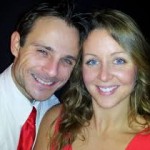 Tom Glod and Britney Shawley have given their whole life to God. In return they have received practical miracles filled with joy. This joy and inspired partnership has come together under the team name MakeShfyt R.D.A. They have many projects in their pipeline, all of which build on the other and share in a purpose to help the world undo past conflict and realign with a new goal. There Will is to share, in as many ways possible the power that forgiveness brings. They are inspired about extending the word of God from their heart and demonstrating its application in life. They wish nothing more then to share what they’ve learned and to give as they have received. “May we all remember our inner voice of Reason and accept the holiness and perfection of what we are.” – Britney Shawley

The teachings of love are extended in the music these artists have shared. 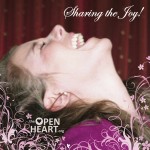 Our songs are heartfelt prayers that relax and heal the mind of listeners worldwide. The divinely inspired expression in our music sings the heart awake to an experience of pure presence, allowing the mind to open to the transcendent and mystical experience of communion with God.  www.theopenheart.org 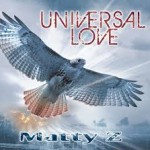 Matty has experienced thousands of miracles, in his work as a healer and musician, through his spiritual understanding.The music is an extension of the healing work, available to all at all times. Matty Z’s debut album, “Universal Love”, is one of the many gifts he has received from his study and application of A Course In Miracles.The songs on the album serve as a powerful reminder of our True Identity as Infinite Mind. They support the experiencing of God’s ever present Love and the healing Truth therein.Each Lyric supports healing within the listener. www.mattyz.com

Ricki Comeaux used to perform regularly in New Orleans at The House of Blues, and Tipitina’s. In 2001, she was awarded “Best Emerging Artist of the Year” by Off Beat Magazine. She went to Nashville to play and sing for a while, before she realized that the doors of the world were closing on her.   She felt something calling her deeper inwards, towards an opening of the heart and Self-Realization.  She says: “I used to write music that reflected the anger, pain, and loss that I experienced in the world. My songs are now my prayer, and I just allow Spirit to write the music. There is no struggle or effort involved anymore, and it is truly a miraculous experience.”

Lorri Tomlinson a native of Point Pleasant Beach, NJ has been performing on the Jersey Shore for over 20 years. Lorrie recorded a 12-song original CD, entitled “A Day in the Sun” at ShoreFire Recording Studio in Long Branch, NJ. In 1996, Lorrie was nominated as the “Best Female Singer/Songwriter at the Asbury Park Music Awards and performed at the Clearwater Music Festival on Sandy Hook. Currently, Lorrie is sharing her musical talents as a guitar player/singer for Patrizsha and The Soulterior Motives Worldwide Band. She finds incredible joy in singing and praising God and she looks forward to worshiping together with you and Patrizsha and the Soulterior Motives Worldwide Band soon!