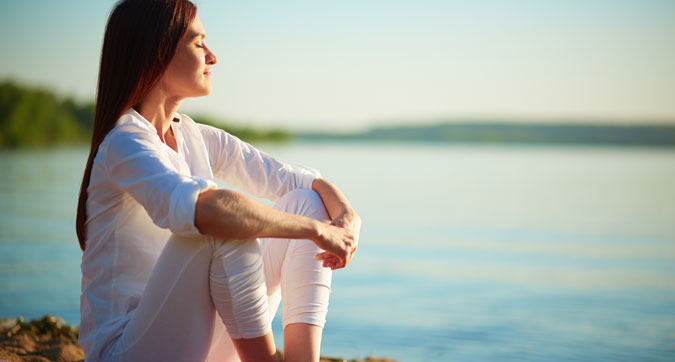 “Who would seek for freedom in a body looks for it where it can not be found.” – A Course in Miracles.

I used to think that freedom was about doing what I wanted to do, when I wanted to do it and how I wanted. That was also my definition of success. And so much of my life focus was trying to create a life for myself in which I had the resources to do just that. But the funny thing is, despite having acquired resources and everything I thought I needed to embody the freedom I wanted, I still found myself with limitation.

A Course in Miracles says “Freedom must be impossible as long as you perceive a body as yourself.” You see, regardless of whether or not it appeared that I could create an autonomous lifestyle for myself, I was still at the effect of the body’s limitations. Although, the body was free to travel the world, make impulse purchases and indulge pleasures, it wasn’t free from bodily disease, stress, heartbreak, or loneliness. In fact, nothing of the world could ever dissolve the sense of fear that is associated with believing myself to be the body, separate from others, love and God. And as long as I am subject to fear, I’m not free.

I would later discover that my attempt to create a lifestyle for which I could do what I want, when I want and how I want, was a desperate attempt to escape the unconscious feelings of separation, lack and unworthiness. The attempt never works. This is because the problem isn’t one of lack, it is one of mis-identity. What I am isn’t the person I imagine myself to be. I’m not the thoughts that cross conscious awareness or the ideas I hold of myself. Those beliefs reinforce the misperception and limits on who and what I am. Believing myself to be a “person” (ego) puts me at the limitations of the body. The “person” is never free.

There IS freedom however!..but not for the ego. After all, it’s the ego and it’s fears that blocks the awareness of freedom. Boundlessness is not at the effect of perception or any narrative. Freedom has nothing to do with satisfying preferences. Freedom accompanies a mind that is unburdened by sin (misperception). It’s meaning is known experientially and inherent in what we truly are…Spirit. Being definition-less and whole, there is no lack or concern for loss, no misbelief, worry or time to speak of. The Mind is free, always has been and always will be. I am Spirit, not the person…I am the Mind that allows for perception, but I am not what I perceive. 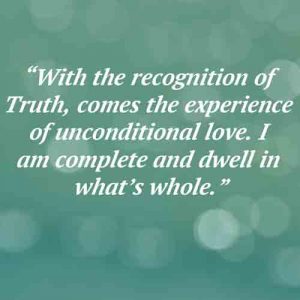 As long as I perceive myself as the person, I will feel lack and seek to be fulfilled within the limitations world. With recognition of the Truth, however, comes the experience of unconditional love. I am complete and dwell in what’s whole.

A Course in Miracles asks, “Do you want freedom of the body or of the mind?” and says “For both you cannot have.” When we are seeking an autonomous existence and aim at indulging the narrative and stories of worldly pleasure, we enforce the belief that we’re the separate entity. The pursuit for autonomy obscures Divine providence and our inheritance to everything.

True freedom is of the mind, not world, and frees us from the burden of ALL limitation and suffering. The dawning of our true identity is the dawning of eternal existence. The experiential recognition of Truth IS freedom.

This post and the video below are inspired by the upcoming Weekend of Freedom Retreat. To learn more about the retreat event click here.